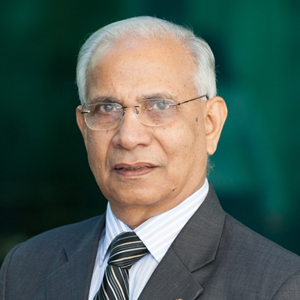 J.V.R. Prasada Rao, former Union Health Secretary, Government of India, is the Special Advisor to UNAIDS.  Prasada Rao was the Special Envoy to the Secretary General of the United Nations on HIV/AIDS for the Asia Pacific region from 2013 to 2017. In this capacity, Prasada Rao acts as the representative of the Secretary General to advocate with countries in the region on important policy and strategic issues connected with HIV/AIDS.

From 1997 to 2002, he was the Director of India’s National AIDS Control Organisation (NACO). As Secretary for Health and Family Welfare from 2002 to 2004, he made immense contributions to the health sector’s development and was instrumental in drafting the National AIDS Prevention and Control Policy and the National Blood Transfusion Policy of India.

Prasada Rao participated as member of important global initiatives like the Transitional Working Group, which decided the operation mechanism for the Global Fund for AIDS, Tuberculosis and Malaria (GFATM) and the High Level Forum, which was set up jointly by the World Bank, World Health Organization, and bilateral donors for monitoring achievement of health-related Millennium Development Goals. He also served as a member of the Programme Coordinating Board of UNAIDS while he was Director at NACO.

Prasada Rao hails from the State of Andhra Pradesh and had his formal education at Andhra University, Visakhapatnam. He did his post-graduate studies in nuclear physics and later joined the Indian Administrative Service in 1967. He served on a number of important assignments in the Government of West Bengal and later in the Government of India before joining the Health Ministry in 1997 as Director of NACO.